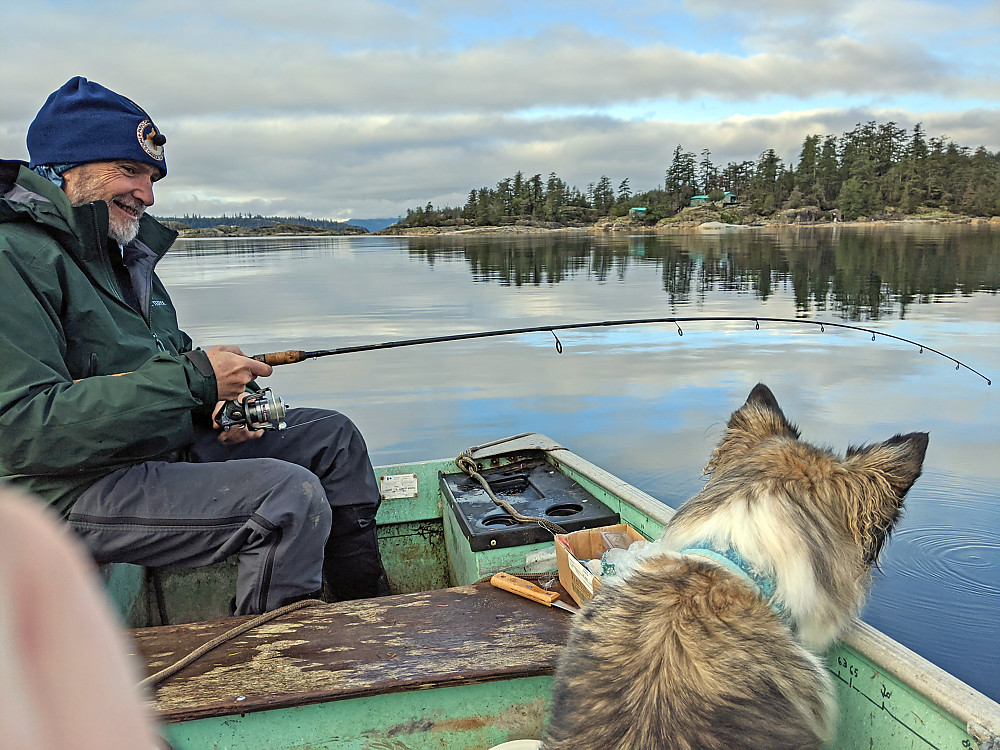 I love fish and, as an Alberta naturalist, I also love owls and caribou and cactus. But fish hold a special spot. And just like avid birders, I keep lists and plan trips to see, for instance, gila trout in New Mexico (life-list) or catch my annual redband trout (summer-list) in the North Thompson River. My best summer was 42 fish species, all in western Canada, with half caught using a fly rod. I actually made a road trip to Prince George that year, just for a redside shiner (and I caught one!).

Unlike birders, however, we fish lovers can seldom go to a lake or river and simply “see” a fish. To see one, we usually need to catch it, hence The Dilemma. Fish live in the water and I don’t, so I use a fly-rod instead of binoculars. I practice catch-and-release fishing with near religious fervor, but even with my professional and personal experience of handling thousands of fish they are sometimes hurt and, sometimes, they die. The question is: can such occasional losses from catch-and-release fishing be safely ignored or are they a cause for concern?

It turns out that this question is harder to answer than one might expect. Scientists in the fish world have published hundreds of studies on catch-and-release mortality but their findings are highly variable. Some species are very sensitive, some types of fishing gear are harmful, and some fishing conditions are so favorable that no fish die. Take trout in cool-water streams as an example. With anglers who fish without bait, and who don’t take the fish out of the water for more than a few seconds, mortality might be near zero with only one or two out of a hundred fish dying. But catch a big bull trout on a hot August day, fight it for two minutes, then hold it up for a few photographs and one out of three of those fish will drift away dead.

The observations of bull trout mortality come from a study I helped with in the Willmore Wilderness two summers ago. We recently published our findings in the prestigious scientific journal Fisheries Research. In our study, 10 out of 30 trophy-sized bull trout didn’t survive being caught and then handled out of water for a typical smartphone picture. (Fear not, my dear fellow species-at-risk biologists, these were a stocked, non-native strain of bull trout and their loss was actually a benefit to Willmore’s native bull trout.) That level of handling mortality, if it happens to too many fish, will prevent population-level recovery.

The Path to Trout Recovery

The recovery of trout has two dimensions: personal responsibility and societal trade-offs. For species at risk (which include all three Alberta native stream trout: westslope cutthroat trout, Athabasca rainbow trout and bull trout), catch-and-release is the law. So personal responsibility means that I learn about and practice careful catch-and-release fishing. I pledge to avoid taking a fish out of the water, I pledge to “keepem- wet,” I pledge to cut the line if they swallow the hook and so on. Nevertheless, I must accept that, whatever I do, some small proportion of my catch will die.

At the societal level, the issue is numbers: Alberta has over 350 thousand anglers. At some of Alberta’s streams and rivers there are enough anglers to catch most trout once a summer. One might think this is not a problem because the majority of anglers release 99% of their fish unharmed. But the reality is that small cumulative impacts add up to big problems.

Suppose a fishery has 100 anglers who catch 100 fish in total. Perhaps the vast majority of those anglers — say 80% — are really proficient at catch-and-release and only 1% of their fish die (i.e., roughly one fish in this example). In addition, a small proportion of anglers — say 15% — might catch a large fish and handle them too long, accidently killing 30% of those fish (as per the Willmore study). This would result in five more deaths. And a very few anglers — say only 5% — cheat and keep their fish (another five deaths). Adding up these losses reveals the true cumulative effect of catch-and-release fishing. In this example, mortality is not the intuitive answer of 1%, but an order of magnitude higher (11%). That rate of mortality, when applied to a fishery with many anglers, is enough to prevent recovery.

Our hypothetical example is, if anything, an underestimate of real-world conditions. For example, a 2019 survey of anglers at a site on the North Saskatchewan River near Edmonton found that six of 389 anglers caught a walleye. Walleye were under mandatory catch-and-release at this site, yet two of the six successful anglers had cheated and stuffed the fish into their duffle bags. Of the four walleye that were released, three were handled so long that they drifted downstream, dead. Therefore, of six walleye caught at this catch-and-release fishery, five died.

More enforcement will not solve this problem. At very low fish numbers (as with any species at risk) enforcement cannot function as intended. Cheating is simply too rare (2 of 389 anglers in the above survey) and has a disproportionate effect on the animals. With low animal numbers we must solve a biological and social problem, not a law-enforcement problem.

The fundamental issue is simple: when fish populations are low even catch-and-release fishing can result in too many deaths. The solution is equally simple yet so socially difficult as to be almost impossible to implement: catch fewer fish.

As an individual, I can support fish recovery by ensuring that my fishing trips are as harmless as possible. If I want to catch a bull trout to add to my summer fish list, I will plan a trip to catch one. Just one. I’ll pick a cold day. I’ll have my smartphone ready in case it’s a memorable catch, but I’ll make sure I keep the fish wet (preferably in the water) and release it within seconds. Then I’ll go fish for something else for the rest of the day. Maybe invasive and tasty brook trout!

This is my personal ethic: I acknowledge and strive to balance my ecological footprint with my desire for recreation. I am heartened to see these ideas beginning to catch on. Many articles online and in other media promote ever-improving catch-and-release practices. Trout anglers in particular have embraced gentle footprints and cautious fish handling. At some fishing destinations, guides require that their anglers not touch the fish, leaving the release to the far-more experienced professionals. In stark contrast, I have heard some anglers at Alberta’s recovering walleye lakes brag about catching 100 walleye in a day. That is appalling behaviour, by any measure of conservation and value of wildlife. Is public shaming appropriate in those cases?

Matters are much more challenging for fisheries managers. We want people to go fishing — it’s a healthy outdoor activity and it gets people to appreciate and care about nature. Yet more fishing is the opposite of what species at risk need for recovery. Suppose bird watchers accidentally killed 10% of the peregrines they spotted. How the heck would we deal with that problem?

Banning all fishing is certainly not the solution. What about fish sanctuaries? Back in the 1950s and 60s, it was standard practice for streams in Alberta’s East Slopes to be closed on alternate years, providing rotating temporary fish sanctuaries. Fisheries still collapsed, likely because closures were too short, followed by heavy harvests in open years. Can we try fish sanctuaries again, but longer term? Ponder a system with the best habitats set aside for fish production and the nicest fishing locations set aside for fish catching.

What about access restrictions? Everybody can fish, but only if you are willing to walk — not quad or drive — for a kilometre or so to reach an open reach of stream? Maybe easily accessible reaches (next to highways or campgrounds) are regulated to off-season fishing only, with no fishing during the height of summer. What about limiting the number of anglers? No fishery, anywhere, can withstand unlimited fishing. Maybe we need to limit fishing to sustainable levels, using tags or lottery licenses, the way we do for most other game species. The underlying question is: how many anglers can our rivers and streams support? Is our current level of 350,000 too many? What is the right number?

The typical human reaction when faced with such restrictions is to blame someone else. It isn’t overfishing, “It’s those damn dams! Or cattle in the streams! Or forestry roads! Or climate change! Or brook trout! Or whirling disease!” In some cases, fish loss certainly is a habitat issue. But not everywhere and seldom without a combination of all those problems. We’ve seen trout do fine in remote streams and lakes despite naturally bad habitat, and we’ve seen them decline in protected areas that have great habitat but many anglers.

These are immensely difficult tradeoffs and none of the management options would be acceptable to all anglers. We have to accept that the perfect solution does not exist. We must also acknowledge that How many fishermen are too many? If many fish are caught, even low rates of catch-and-release mortality can be a problem. postponing the tough choices until easier solutions come along amounts to decision by indecision and ensures failure. This is the path we have been on in Alberta and it is the reason why all three of our native stream trout are now species at risk.

Rather than continue our endless arguments over the reasons why trout have declined, it is time to become proactive, to try difficult things and to learn by doing. Big, adaptive management experiments across large watersheds, structured to demonstrate success or failure. Dissect difficult trade-offs. Learn. Move forward.

As a naturalist and fish lover, I do my personal part. I now limit my catch. I learn and carefully follow new state-of-the art fish release techniques. I carry a deep-water release rig as recommended by Alaska Fish and Game researchers. I keep my smartphone close at hand, but severely limit my pictures. I don’t fish on hot days. I teach my children these things. Ethics are learned, not legislated.

What can we do as a society? We all love fish and caribou and owls. And we all love resource-based paychecks and open fishing seasons and easy routes to pretty rivers. But we can’t have it all. Can a group of dedicated people learn, listen and wisely influence difficult decisions? I sincerely hope they can. We owe it to Alberta anglers, Alberta’s fish and to our children.

Michael Sullivan is a fisheries biologist with Alberta Environment and Parks. 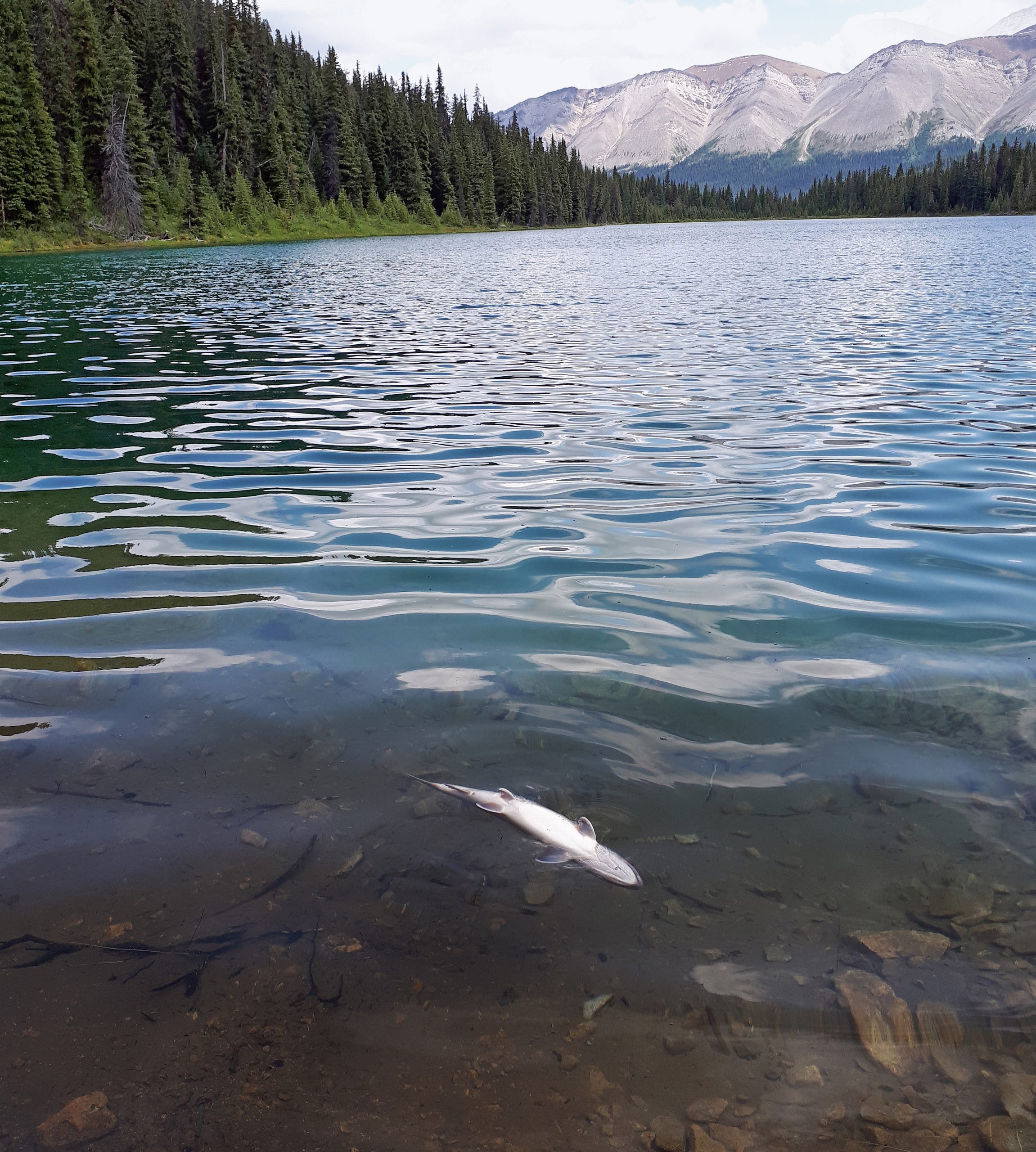 Even with catch-and-release fishing, some fish die.