Concerns Regarding a Proposed Irrigation Expansion Project in Southern Alberta 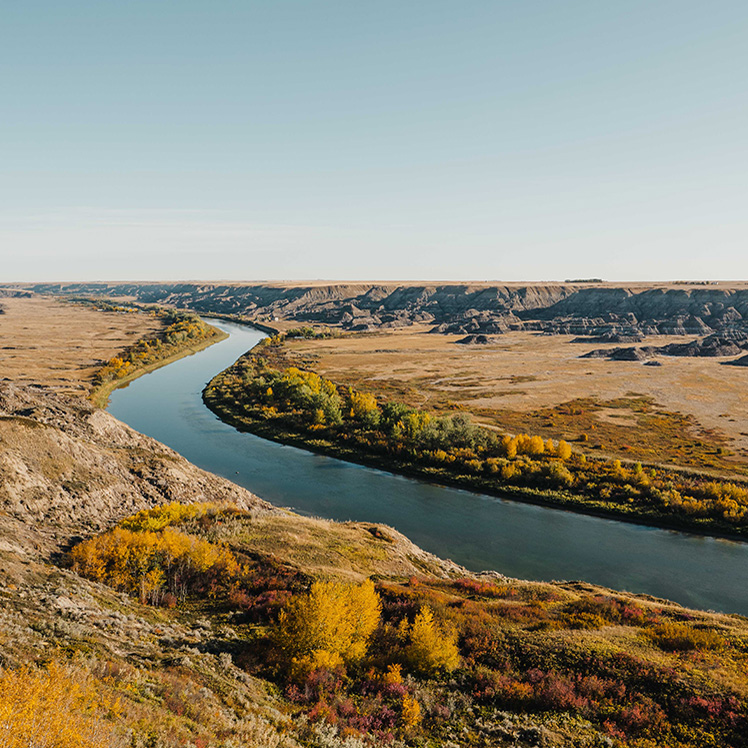 Open Letter to the Government of Alberta

We are writing to state our concerns about a recently announced project to upgrade irrigation district infrastructure, build new and expanded storage reservoirs and increase irrigation acres within eight irrigation districts in the South Saskatchewan River Basin of southern Alberta. We are asking that this monumental project be subject to environmental assessment, regulatory review and opportunities for public and indigenous consultation and input. We are requesting that subsidies for efficiency improvements that Government deems to be in the public interest are accompanied by agreements on the use of freed-up water to assist in meeting societal goals for realizing instream flow needs and improving river health.

We understand hundreds of millions of dollars of provincial grants and federal loans to irrigation districts are involved as is the future use of a scarce and valuable public resource in a semi-arid region - water. We are concerned about potential environmental implications of the proposed project particularly on stressed aquatic ecosystems. The apparently secretive process being used to define the project and financing agreements is of concern in that it may preclude consideration of opportunities to support healthy ecosystems and human needs through shared stewardship.

It has been well understood for at least two decades that the health of rivers in the Bow, Oldman and South Saskatchewan sub-basins of semi-arid southern Alberta downstream of major irrigation supply dams and diversions is compromised by significantly reduced flows and altered flow regime as well as by impacts of growing population and intensifying land use (Schindler and Donahue 2006, Byrne et al. 2006, Pentney and Ohrn 2008). Several studies of the health of aquatic ecosystems have been undertaken to inform water and watershed management planning. These studies are listed and key points summarized in Attachment 1. Irrigation agriculture is a major cause of stress on aquatic ecosystems due to water withdrawals from rivers and through pollution of runoff from cropland and return flows. The irrigation sector holds licences to withdraw over half of mean natural annual flow and over three-quarters of licensed water allocation in the Bow and Oldman river basins (Basin Advisory Committees 2018). Increased warming with climate change through its effects on evaporation, evapotranspiration and winter snowpack will continue to contribute to declines in river flow and on health of aquatic ecosystems if we do not take action to maintain and restore them (Jiang et al. 2017, Bonsal 2020).

We understand the potential benefit of improving water use efficiency of irrigation agriculture by converting open canals to underground pipelines. However experience here and elsewhere is that modernization seldom alleviates the consequences of cyclic drought or frees water resources for river flows and the natural habitats they provide but instead increases resource use and reduces society resiliency (Scott et al. 2014). A case in point is the Irrigation Sector Conservation, Efficiency and Productivity Plan (2005-2015) by the Alberta Irrigation Projects Association (2010). It does not identify or adopt meaningful opportunities to benefit the environment. It does not identify water sources showing signs of stress. Progress is not being made to allocate conserved water to benefit aquatic ecosystems that have been assessed as degraded because of water withdrawals. Furthermore plans and decisions are being made to commit conserved water (and unused water) for expanding irrigation acres with a resulting further stress on aquatic ecosystems and less water available for future societal needs.

Also of concern to us is proposed increase of off-stream water storage. We are aware of water supply and storage evaluations for the South Saskatchewan River Basin (AMEC 2009 and 2014) that addressed a strategy of the South Saskatchewan Regional Plan (2014-2024) toward managing watersheds to “support healthy ecosystems and human needs through shared stewardship”. These studies did not recommend new storage development in the Bow and Oldman subbasins but rather suggested pursuing non-structural opportunities first. We are not aware that non-structural opportunities have been fully explored.

We are also aware of climate adaptation strategies defined for the South Saskatchewan River Basin through a collaborative process using the South Saskatchewan River Operational Model (Alberta WaterSMART 2016). Strategies, both structural and non-structural, focused on adapting to drought and flood and increasing resilience to climate change, not increasing risk to existing water users and the aquatic ecosystem as could occur with major expansion of irrigation in the Bow and Oldman subbasins.

A further concern is whether the identification of new or expanded off-stream storage reservoirs that are part of the announced irrigation expansion project arose from a recent ranking of on-and off-stream storage options by the Alberta Irrigation Districts Association (2019)? If so, this is of concern as the AIDA study focused on benefits to the irrigation sector. Broader environmental, social and economic considerations were not addressed.

We expect there will be fulsome impact assessments including cumulative effects assessments and regulatory review of the various components of the project for compliance with relevant legislation and approved water management and land use plans and policies. Legislation that may apply includes the federal Impact Assessment Act, Fisheries Act and Species At Risk Act and the provincial Environmental Protection and Enhancement Act, Water Act, Alberta Land Stewardship Act, Wildlife Act and Irrigation Districts Act as well as a variety of approved plans and policies including the South Saskatchewan River Basin Water Management Plan, the South Saskatchewan Regional Plan and the Alberta Wetland Policy. There may be implications for interprovincial sharing of water according to the Master Agreement on Apportionment. As well the Government of Canada and the Province of Alberta have a duty to consult First Nations and Metis. We would like assurance that shared financing of the project by federal and provincial governments and irrigation districts will not affect the objectivity of impact assessments and regulatory review, opportunities for public input and determination of public interest.

Since the brief Alberta government media release (October 9, 2020) announcing the “historic investment to expand irrigation” our attempts to obtain information about project components through contacts with staff of Alberta Agriculture and Food, Alberta Environment and Parks, the Canadian Infrastructure Bank, and the Alberta Irrigation Districts Association have been unsuccessful. We are told that negotiations are ongoing and confidential. However, consultation with legitimate interests must occur and we suggest that it is better to do this prior to formalizing funding agreements. For example, we are interested to ensure any government subsidies for efficiency improvements that Government deems to be in the public interest are accompanied by agreements on the use of freed-up water to assist in meeting societal goals for increased in-stream flows and improved health of rivers.

We would appreciate being informed about the proposed project and assessment and regulatory review process. We request receiving notification of opportunities for consultation and input on any applications for approvals by government (e.g. environmental assessment process, water licence applications, expansion of irrigated acres).