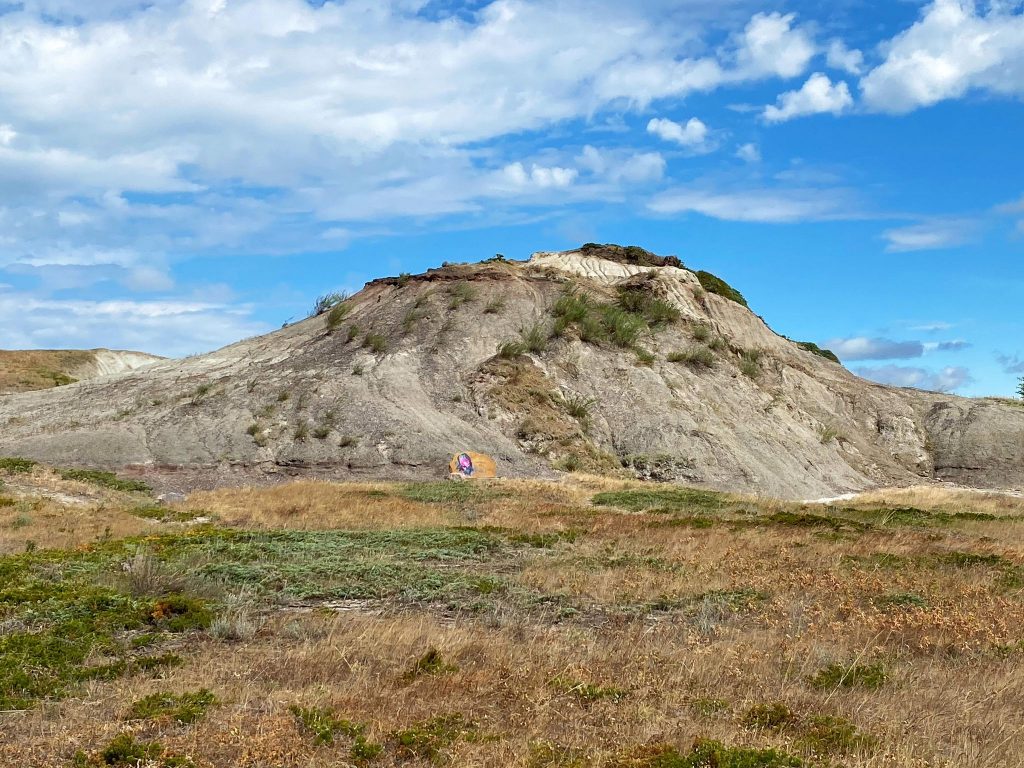 Alberta is a great place to live. It’s a big, beautiful province full of all kinds of natural wonders. This is where we introduce you to the diversity of wildlife, and unique and interesting wild spaces, that are part of your Big Alberta Backyard. This time, let’s explore Kleskun Hill Natural Area.

What Are the Kleskun Hills?

Have you ever been to the badlands near Drumheller or Dinosaur Provincial Park? Badlands are a dry, rugged landscape where prehistoric rocks erode out from the hillsides. In Alberta, the most famous badlands are along the Red Deer River. There’s another, smaller area of badlands up north near Grande Prairie: the Kleskun Hills.

Most of this land is protected by Alberta Parks as a designated Natural Area. With walking trails around the site plus a campground and historical village run by the County of Grande Prairie, you’ll find plenty to do here.

What Lives in the Kleskun Hills?

73 million years ago, the Kleskun Hills were a swampy forest, home to dinosaurs and other prehistoric creatures. Nowadays, you can still find some pretty neat living things. Did you know that cactuses grow here? It’s true! You can look for prickly pear cactuses on dry slopes around the badlands, but be careful not to touch or step on them!

All sorts of neat bugs enjoy the Kleskun Hills. Beetles hunt for food and grasshoppers sunbathe on the warm rocky slopes, while butterflies dance between the purple prairie crocus flowers. Frogs sing their springtime songs in the reedy ponds while garter snakes bask among the rocks.

While there are no small ground squirrels with underground tunnel networks this far north, a big grey woodchuck will occasionally peek out from underneath the old buildings. Once upon a time, the Kleskun Hill grasslands were home to vast herds of bison. They’re gone from the area now, and today mule deer are the most common hoofed animal you’ll see at the park. Look for their hoofprints and droppings along the path.

The Kleskun Hills are also a wonderful place for birdwatching. Forest birds like woodpeckers and chickadees live in the trees, and many prairie species that love open grasslands and rocky canyons live here as well. Vesper sparrows with their little red shoulder patches sit on fence posts, while red-tailed hawks soar above. Watch for a peach-coloured songbird called the Say’s phoebe perching on the old farm equipment.

Why the Kleskun Hills Are Important 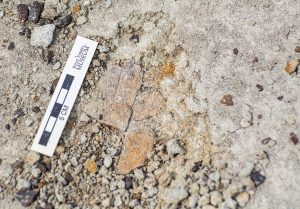 Scientists who study dinosaurs are interested in the fossils that can be found at the Kleskun Hills, which play a part in understanding prehistoric Alberta. NICK CARTER

Kleskun Hill Natural Area preserves some of the last wild grassland in northern Alberta. This makes it home to all sorts of plants and animals that are hard to find in this part of the province. Palaeontologists look for fossils in the hills, and archaeologists study tools left behind by the Indigenous peoples who consider this place sacred. This means that anything you find here should be left where it is. With our respect and protection, the Kleskun Hills will remain a wonderful place for people to enjoy for years to come.

Nick Carter is a writer, photographer, and naturalist from Edmonton. He enjoys travelling the province and finding cool new places and creatures to learn about.