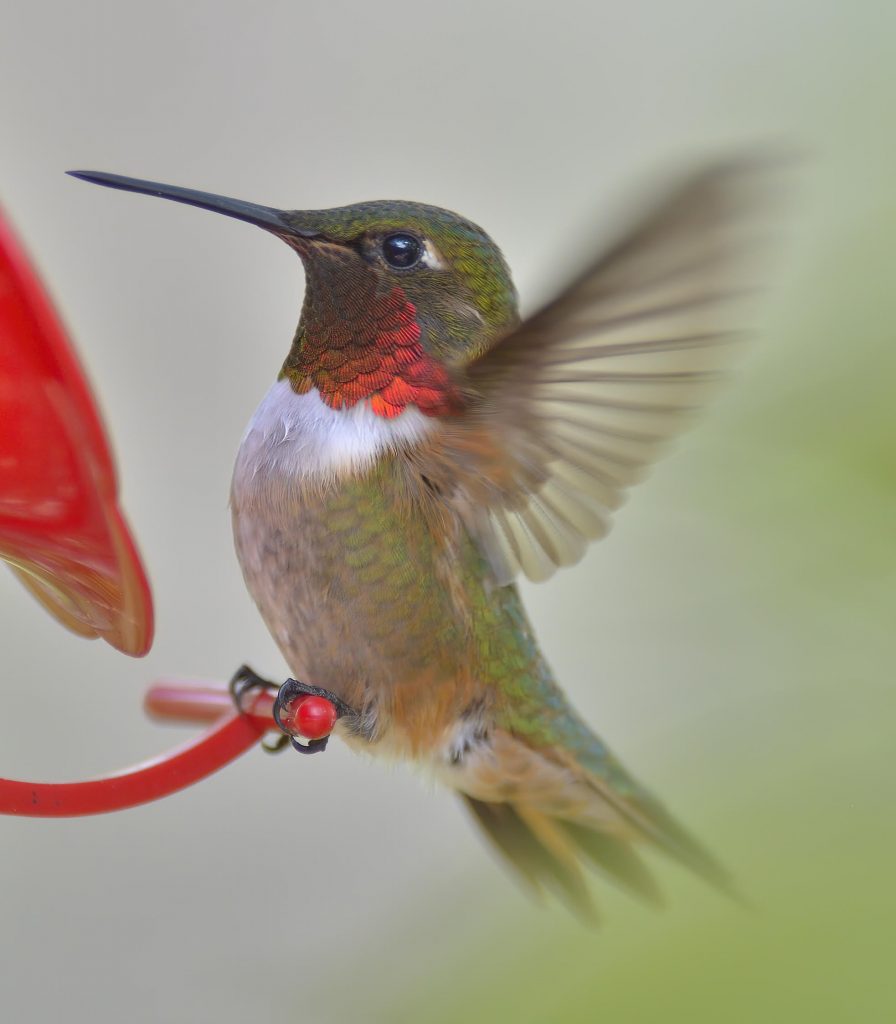 The Alberta Bird Record Committee (ABRC) is the body responsible for evaluating records of rare birds in the province. It periodically publishes the results of its deliberations, and its newest report, the thirteenth in the series, is now available at: bit.ly/abrc-13threport. The report documents the Committee’s decisions on almost 90 records of bird rarities that have been recorded in the province over a span of about six years.

The Committee evaluated a variety of records, including rare occurrences that may be early indications of a species moving into the province, rare but predictable vagrants whose patterns of vagrancy are being clarified, and stragglers that may never appear again. The new report details several recent Alberta records of Brant geese, white-winged doves, hummingbirds (black-chinned, Costa’s and broad-tailed), red-bellied woodpeckers, and noteworthy sightings of common eider, little blue heron, crested caracara, lesser goldfinch, blue-winged and prothonotary warblers.

With this report, the Official List of the Birds of Alberta grows by eight species: tundra bean goose, Vaux’s swift, broad-tailed hummingbird, western gull, ash-throated flycatcher, eastern yellow wagtail, sagebrush sparrow, and blue grosbeak. The new stragglers include species from both the Palearctic region (tundra bean goose and eastern yellow wagtail) as well as from south of Alberta (the others). Confirmation of glossy ibis in the province will have to await examples that show no suggestion of past hybridization with the white-faced ibis.

Of particular note is the addition of Vaux’s swift to the list based on two sets of good photographs. Many observations of Chaetura swifts in the province have long been suspected to be of this species, but awaited convincing documentation. The species breeds in British Columbia and in Montana and should be the one expected in adjoining Alberta.

The provincial list now stands at 433 species, with the loss of one species resulting from the lumping of Thayer’s gull into the Iceland gull. The provincial list is also amended to bring it in line with several recent supplements to the American Ornithological Society’s Checklist of North and Middle American Birds. This includes changing the English name of the gray jay back to Canada jay. See the complete list of birds at: bit.ly/ram-birdslist

Birders take note: The Committee maintains a list of species of interest that should be documented by anyone lucky enough to see them: bit.ly/ram-abrc-reviewlist. We encourage birdwatchers to regularly check the list as it is continually updated. A form to document rare bird sightings can be found at: bit.ly/ram-rarebirdform.

Sadly, since publication of our last report we lost our esteemed colleague and friend Brian Ritchie to a heart attack. He will be dearly missed. With recent additions to the Committee it now consists of M. Ross Lein, Ray Wershler, John Riddell, Gerald Romanchuk, Caroline Lambert, David Scott, and myself (as Chair).

Jocelyn Hudon, PhD has been Curator of Ornithology at the Royal Alberta Museum for almost 30 years. Over 25 years ago he put the ABRC together and has been its chair ever since.

Posted in Conservation and tagged Alberta Bird Record Committee, Jocelyn Hudon, Official List of the Birds of Alberta
← Out of Sight: How Scientists are Listening in on Nature in AlbertaMuskrats Up Close →