Why are they called a SWIFT fox? 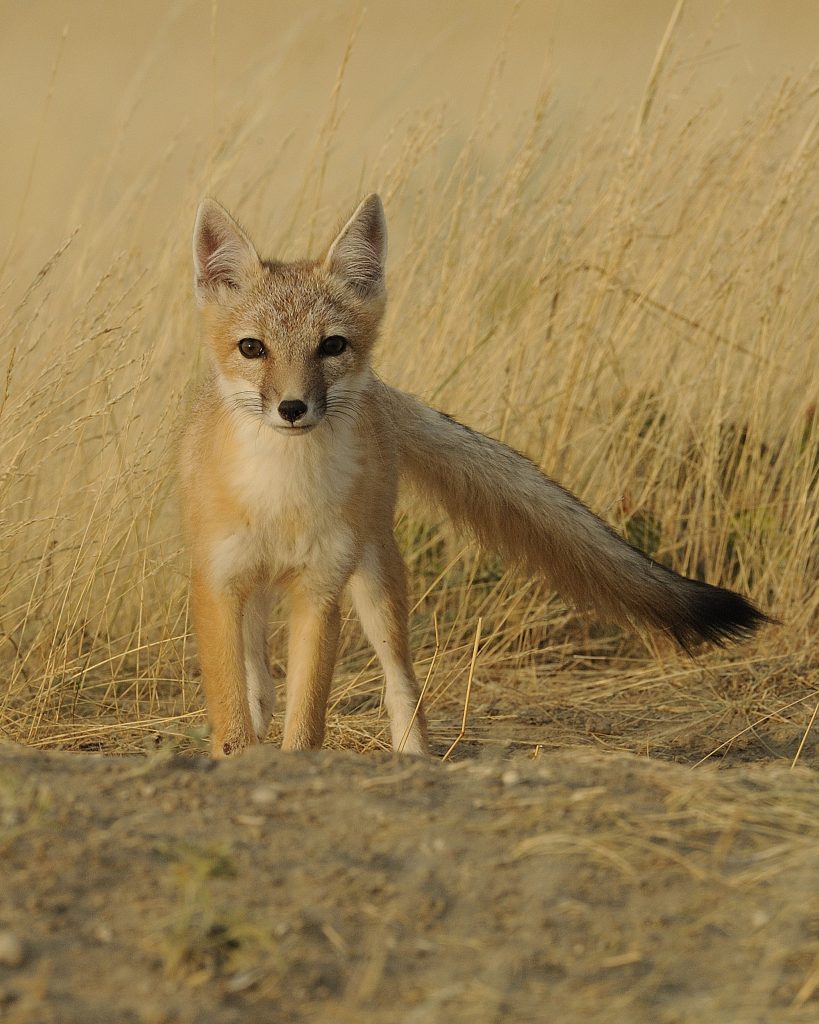 The word “swift” means to move with great speed. As the name suggests, swift foxes are fast! Individual swift foxes have been clocked at more than 60 km per hour. That is faster than the speed of cars driving past your house! Being super-fast helps swift foxes catch their food. They often hunt by sneaking up on mice, grasshoppers, frogs, and small birds, but they can also use their speed to catch a jackrabbit on the run.

Swift foxes are smaller than their more common cousin, the red fox — with whom they do not get along. A swift fox is about the size of a house cat. Their small size contributes to the illusion that they are going even faster. This trickery can help swift foxes escape from a bully coyote. They also need to quickly take cover in a den when an eagle or hawk soars overhead, to keep from becoming their breakfast.