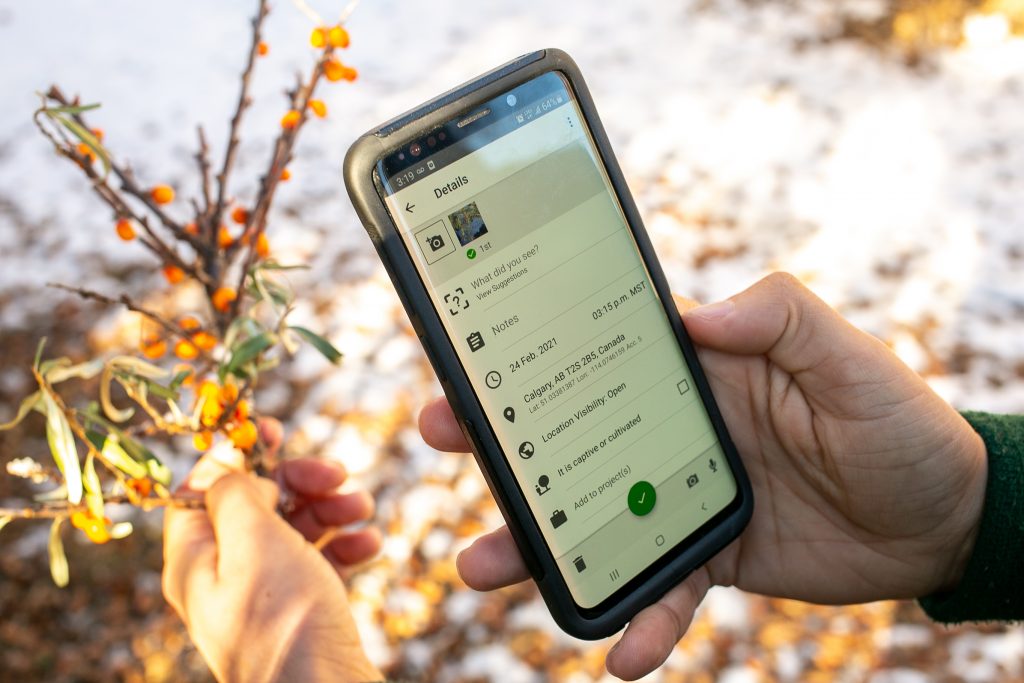 Nature photography has long been a tool used to document and share observations of the natural world. It inspires people to engage with nature in positive ways. With the recent advent of phone cameras linked to online social apps, ordinary people are now more than ever able to make valuable contributions to both social and environmental sciences. These individuals are called citizen scientists.

Citizen science — also referred to as community science — is a broad term but is generally defined as the practice of public participation and collaboration in scientific research and development of scientific knowledge. It is not exactly a new field, even within Alberta. For over 70 years, amateur birders have been sharing their observations in publications like the Calgary Field Naturalist. These records have been collected by individuals on their own and during community events like the Christmas Bird Count and the May Plant Count (both of which continue to this day). Through these efforts, and structured initiatives like the Breeding Bird Survey, citizen scientists have helped to fill data gaps that experts would not be able to address themselves under budgetary constraints. The data offer valuable insight into species diversity, ranges, phenology, and population trends. 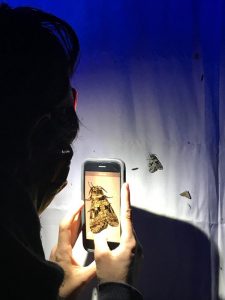 Today, nearly everyone is equipped with the tools to make citizen science observations — even if they do not know a thing about plants or animals! Apps such as iNaturalist use artificial intelligence to help users immediately identify the subjects of photos taken with their smartphone cameras. These are later confirmed by a diverse community of naturalists and the data are shared with national and global biodiversity data centres. iNaturalist differs from other citizen science apps because it covers the entire spectrum of species and locations known on Earth.

A major benefit of these apps is that they allow people to share their observations about biodiversity with local and global communities. What was once a few individuals sharing information in a local nature journal is now millions of people collecting lots of data about the natural world at the global scale. In Alberta alone, over 205,000 verifiable observations have been shared to iNaturalist.ca. This accounts for over 6,100 species including 847 deemed threatened. Across Canada, the number of observations exceeds 4.3 million.

Conservation groups and researchers are using iNaturalist to create “Projects,” which allow them to filter observations by place, time, and taxa. The BC Parks iNaturalist project is one of the best examples of a project in use that now has over 270,000 observations, 6,915 species documented, and over 4,600 contributors in only two years of being online. Smaller groups, like the Weaselhead Glenmore Park Preservation Society in Calgary, created a project to understand park biodiversity and engage park visitors. Their project has over 5,500 observations of 840 species made by over 250 observers. The Weaselhead group has found iNaturalist to be a great way to educate park visitors about the importance of urban natural areas for biodiversity while promoting passive (low-disturbance) recreational activities.

Citizen scientists’ observations can have real-world applications that are benefitting nature and people’s relationship with it. Over 400 scientific journals have sourced iNaturalist data in the past three years. These include articles on biogeography, expanded species ranges (including invasive species), urban biodiversity, and discoveries of new species. With more eyes on the ground, patterns in phenology and migration are now something people can visualize. The data are also identifying the impacts that climate change and anthropogenic landscapes pose to species.

Observing nature and sharing information with one another is one way that we can begin to further understand the natural world and our relationship with it. If you have ever taken a photo of any flora and fauna in Alberta, put it on the map and become a citizen scientist by sharing it with a global community of naturalists and researchers.

The City Nature Challenge runs from April 30–May 3, 2021 and is your chance to become a citizen scientist. This global event, organized by the Natural History Museum of Los Angeles and the California Academy of Sciences, is unique because the emphasis is placed on documenting urban biodiversity. Now in its sixth year, this event will have more than 325 cities participating. Among these are 23 Canadian cities, including five areas within Alberta: Calgary Metropolitan Region, Edmonton Metropolitan Region, Camrose County, Red Deer/Lacombe County, and Lethbridge. These areas will compete to see which can make the most observations, document the greatest number of species, and engage the most people. Take photos anywhere within the boundaries of one of these five areas and share them to iNaturalist.ca. for them to be automatically included. Even if you live outside of the boundaries, you can still be involved by helping to identify others’ observations. Visit iNaturalist.ca/projects to view the Canadian Wildlife Federation’s CNC 2021 Canada Project and see how Canadian cities stack up to one another in terms of their biodiversity. For more information about the City Nature Challenge, visit citynaturechallenge.org.