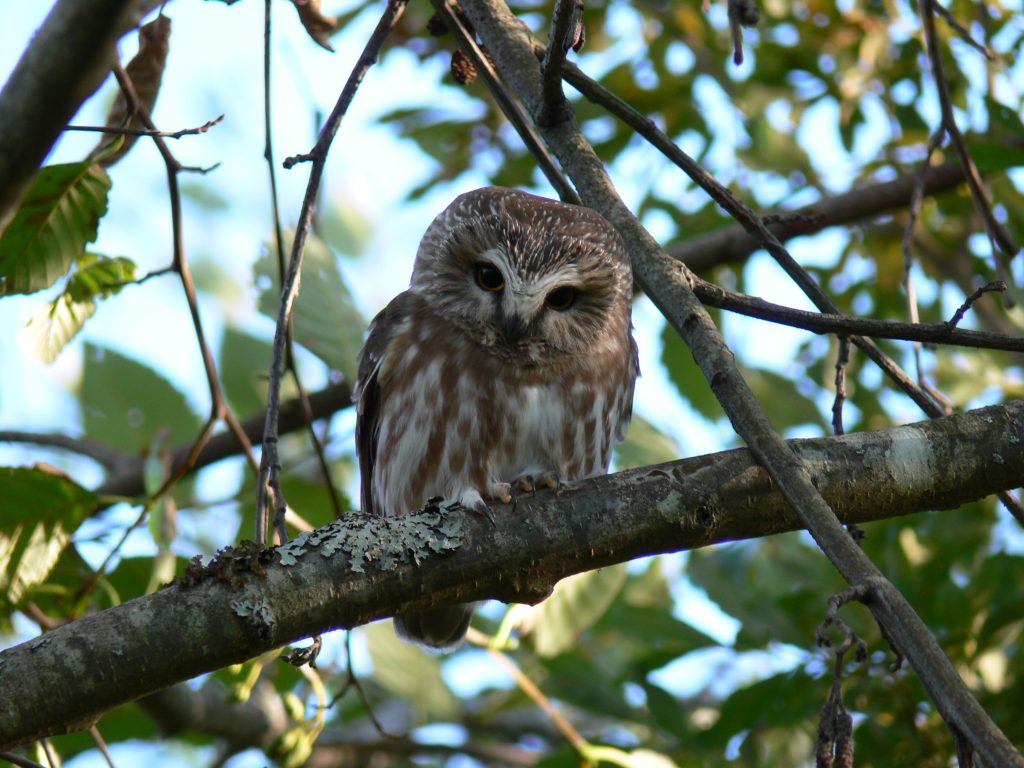 Description:
The Beaverhill Bird Observatory has been banding saw-whets in the autumn every year since 2002. And Geoff banded saw-whets at Long Point in the 1960s. In this presentation, we will talk about the first papers describing saw-whets as migrants in eastern North America, then explore the BBO data to learn more about their movements.

BBO has banded over 5000 owls and has dozens of recoveries to the east, south, west and locally. Sara has summarized what we have learned about their migration timing and population fluctuations. Myrthe applied complex statistics to analyze changes in migration timing in relation to climate change in eastern North America for her MSc thesis in Belgium. She will share with us her findings and compare timing of eastern populations’ migrations to that found out west at the BBO.

Everything that you need to know about these adorable little owls but didn’t know Whooo to ask.