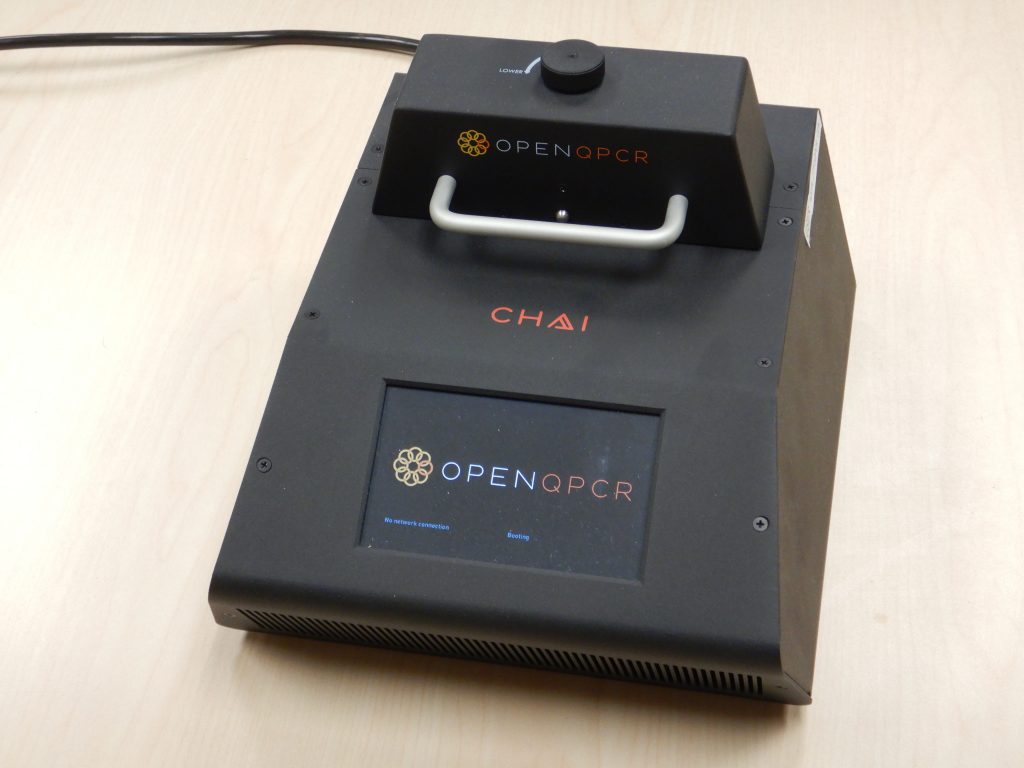 Growing up in the 1970s, all I wanted was a Star Trek communicator and a tricorder. Remarkably, today most of us carry a communicator in our pocket far more powerful and versatile than Captain Kirk’s version ever was. But a tricorder? Well, not quite, but we’re getting there. Technological advances in recent years have made devices available to ecologists that previously existed only in the realm of science fiction. Examples include automated remote cameras and sound recorders, GPS tracking tools, and aerial drones. And now we have the precursor to Mr. Spock’s tricorder: environmental DNA analysis, which is revolutionizing how ecological surveys are done.

What is Environmental DNA?

Your genes, encoded in DNA, carry the instructions for your development and growth. Each of us is unique because of small differences in our DNA code, and because of this, we can be identified by a DNA sample. This is not only useful to police seeking to link criminals to a crime scene; it also provides a way for ecologists to determine which species live in a given area without ever seeing them.

Because DNA normally resides within cells, you may wonder how ecologists manage to obtain samples for testing. If they had to capture each animal to do a mouth swab there wouldn’t be much point to the whole exercise. The answer is that they use “environmental” DNA (eDNA), which is genetic material released into the environment from sloughed cells, feces, mucous, and so on. Just as household dust is mostly made up of our sloughed-off skin cells, species leave traces just by existing in their environment.

Once released into the environment, DNA is fragmented and degraded by bacteria and physical processes. Fortunately, it is not necessary to have the entire DNA sequence to make an identification. The objective is simply to identify which species are present, not to identify specific individuals. For this, even small fragments of DNA will do.

The first step is to greatly amplify the small amounts of DNA that are present in environmental samples using a process called polymerase chain reaction. Because of technological advances, this can be done with great fidelity and at low cost. Once sufficient DNA is available it is then possible to search for code sequences that are unique to the species of interest. It’s really not that different from identifying a bird by its song — you don’t need the entire bird in front of you to know what it is. Any unique feature of the bird, be it a song or a unique sequence of DNA, will do.

Benefits of the eDNA Approach

The technology underpinning eDNA analysis has evolved at an astounding pace. Analyses that used to be expensive and time-consuming and could only be done in a large research laboratory can now be done on a relatively inexpensive portable device that produces quick, accurate results. (Not unlike Spock’s tricorder!) Place a sample in the machine and in under an hour you will know whether a given species resides within the sampling area. A wide spectrum of species can be explored, from plants and animals to bacteria and viruses.

To be clear, there does have to be eDNA in the sample for a species to be identified. Therefore, the simple passage of an animal through the study site may not be detected. To be certain if a given species is present it helps to understand its biology, and then sample at a time and location where cells are actively being sloughed off.

One of the best features of the eDNA approach is that it is non-lethal and non-invasive. It can replace conventional monitoring approaches that were potentially harmful. For example, Alberta Environment and Parks protocols require killing up to 160 trout per site to collect a large enough sample size to determine if whirling disease is found at a particular location. When dealing with sensitive populations of bull trout, this loss of population is particularly undesirable, and a non-lethal monitoring method is preferred.

Another benefit of eDNA is that it can be used for monitoring rare and endangered species, which can be challenging to do using traditional sampling methods. For example, non-vocal populations of amphibians, such as salamanders, may be missed entirely by field biologists who normally rely on listening for calls during critical periods. With eDNA, a water sample carries the telltale evidence of their presence. Tiger salamanders have recently been identified in Edmonton wetlands using this approach.1 The sensitivity of eDNA is so high that, under appropriate conditions, the presence of even one or two individuals residing in an area can be detected. And of course, eDNA sampling is non-invasive, which is essential for preserving rare and endangered species.

The decision to choose eDNA over conventional survey methods is also motivated by the increased sensitivity of eDNA surveys and the time and cost savings. This is especially true for aquatic sampling. What would have taken weeks to accomplish with an expensive field crew and equipment can be done in hours by one person collecting one litre of water.

Early detection of invasive species is essential to preventing their establishment, thereby preserving Alberta’s native populations. My company, eDNA Metagenomics Inc., was contracted by the Alberta Irrigation Projects Association to monitor several irrigation reservoirs in 2017 and 2018 for zebra mussels, which are extremely invasive. Zebra mussels have already been detected in the Tiber Reservoir in northern Montana, in Lake Winnipeg, and in some Saskatchewan lakes. The Alberta study involved a two-pronged approach, where water samples were physically analyzed for mussel larval forms and for the presence of mussel eDNA. The good news was that no zebra mussels were found in these reservoirs. 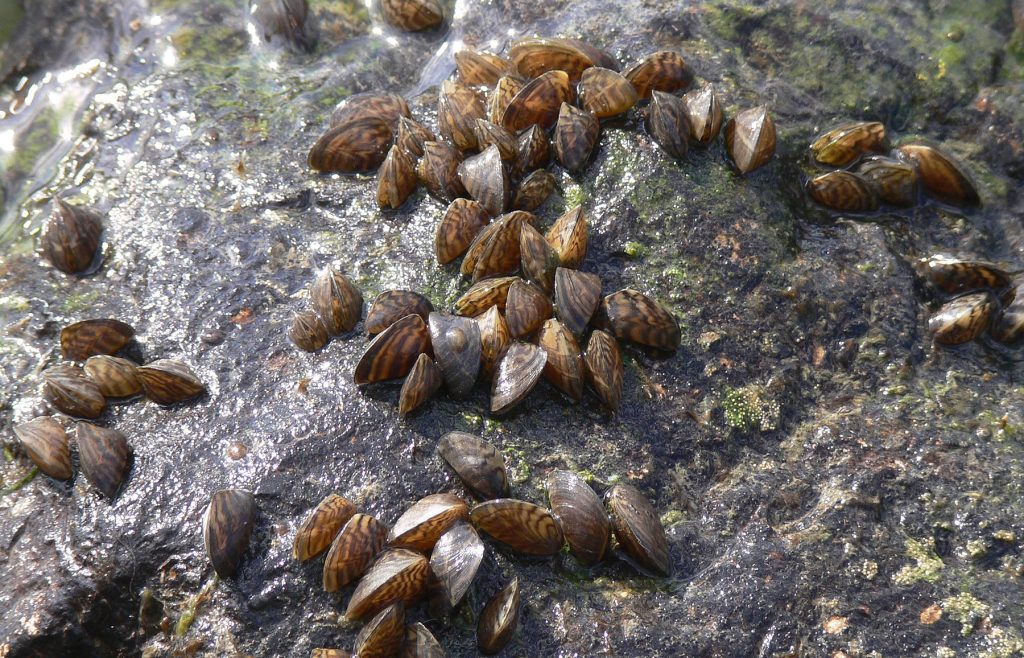 Zebra Mussels are a highly invasive species that is spreading westward. eDNA provides a cost-effective method of monitoring for their presense. LAMOIT

A Major Breakthrough for Public Health Monitoring and Reporting

Alberta’s surface water bodies can contain toxic cyanobacteria, fecal bacteria, and even organisms that cause swimmer’s itch, which pose a public health concern and threaten recreational activities. Traditional watershed monitoring involves beach sampling and it takes a week or more for results to be obtained. Using the eDNA approach, results are available in under an hour, providing critical health information in a timely manner. Alberta Health has embraced the use of this approach as it is much faster, less expensive, and requires less labour.

The eDNA approach also lends itself to community-based water monitoring. The Hanington labs at the University of Alberta has made great strides in getting eDNA devices into the hands of lake managers and public health professionals. I was also part of a research study conducted by the Hanington labs showing assessments by non-expert users of eDNA devices were comparable to results performed in laboratories by experts.2 Therefore, the prospects for using eDNA in community-based monitoring look good, as long as its limitations are understood.

While there are incredible benefits to the use of eDNA technology, there are some limitations to be aware of. For example, the results obtained can only show presence or absence of a species; they cannot provide estimates of population sizes. Also, as previously noted, there needs to be a sufficient amount of eDNA material to be detectable, and this often requires filtering large amounts of water to capture adequate material. A comprehensive understanding of sampling protocols is necessary, as well as biological knowledge about the target species, which is essential for sampling eDNA during peak outputs. Finally, like any monitoring program, there are risks of false positives and false negatives. For example, there is some risk of cross-reaction between closely related species, such as between zebra mussels and Alberta’s native mussels.

Going forward, we can expect that sampling techniques will continue to be improved and refined. And the machines that do the analysis are likely to continue to shrink in size while becoming cheaper and more powerful. The future of eDNA looks bright, adding an important new tool to the biodiversity monitoring toolbox.

Jay White, P.Biol., is the scientific advisor of eDNA Metagenomics Inc. in Edmonton (e-dna.ca) He got his first tricorder in 2017 when he partnered with the Hanington labs at the University of Alberta.

Posted in Conservation and tagged eDNA, Environmental DNA, Jay White
← May Species CountCoal Mining Update: Kicking the Can Down the Road (Again) →