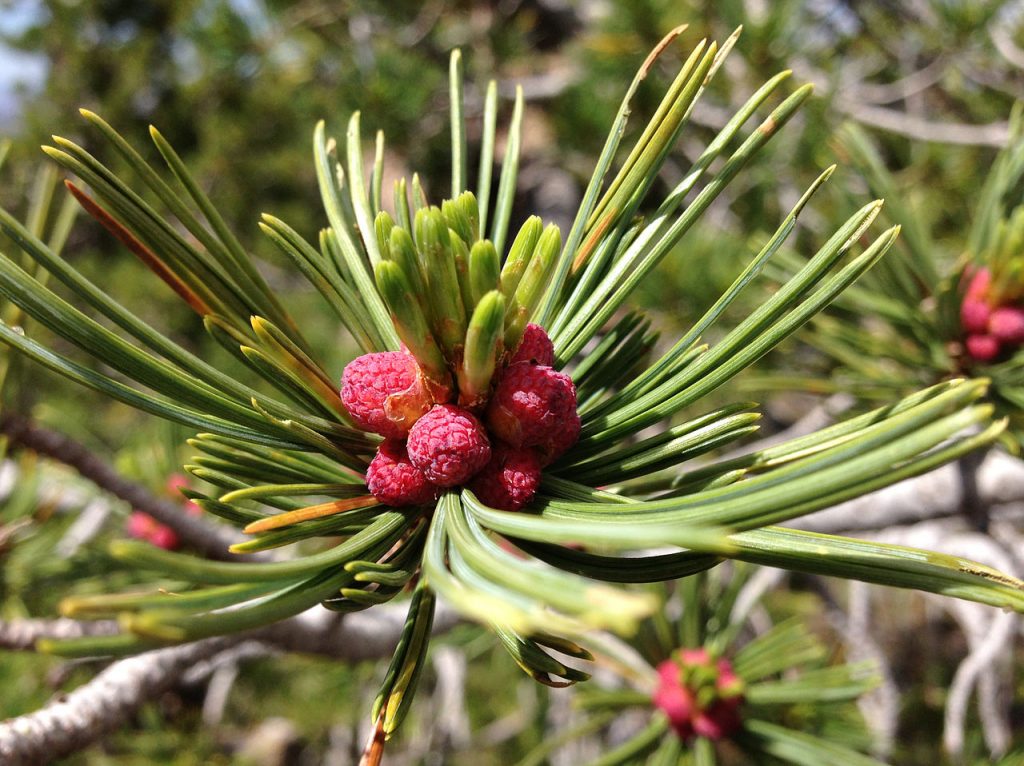 The Benga mining project, set to decapitate a mountain top in the eastern slopes of the Rockies, has been at the top of my mind for weeks now. The project is slated to begin in this fall and the closeness of this date has spurred me to write this article. I will not be discussing the contamination risk this project poses to Alberta’s water supply, nor the impact it will have to wildlife. Instead, I would like to talk plants … trees to be more specific. I feel as though plants often get overlooked in the conversation surrounding environmental impacts.

The whitebark pine is a tree species native to Alberta that can be found hanging out in the bright sun on steep slopes at fairly high elevations. Although whitebark pine is a poor competitor in most sites, it excels in extreme conditions where other trees can’t manage. Whitebark pine is extremely long-lived, with many individuals reaching 500 years of age and some surviving for more than 1000 years. It is what you might call a “late-bloomer,” only producing a sizable number of cones at 60-80 years of age. An important characteristic of this tree is that it is dependent on a bird called the Clark’s nutcracker to disperse its seeds.

Whitebark pine has existed in North America for the past 100,000 years. Today, this alpine tree is endangered as it faces numerous threats including a fungal infection called blister rust, mountain pine beetle infestations, and climate change. Whitebark pine is what is known as a keystone species, meaning it is closely tied to the lives of many other organisms. Therefore, the decline of whitebark pine would produce effects that would ripple through the ecosystem.

Now onto Australian owned Benga, and its mining plans on Grassy Mountain near Crowsnest Pass. In their environmental impact assessment, Benga declared that approximately 21,000 whitebark pine will be destroyed during mine construction. However, they promise to plant 63,000 whitebark pine seedlings once mining operations have been completed. Sounds fine right? The problem is that Benga will not recreate the steep slopes where whitebark pine are normally found. The reclaimed site will instead feature gentle slopes of about 5%. The upshot is that, despite Benga’s replanting efforts, whitebark pine is likely to be permanently lost from the region.

In 2018, the Lake Louise Ski Resort in Banff National Park was fined $2.1 million for removing approximately 39 whitebark pine trees. Judge Heather Lamoureux said about this incident “There is a cumulative impact on the whitebark pine with potential risk of undermining the survival of the species in the decades to come”. If this is true for 39 individuals, then what can be said about the impact of removing 21,000?

And what about whitebark pine’s status as an endangered species? A recovery plan has been created and it states that the loss of pine populations is “undesirable and should be minimized.” So then why is this project set to go ahead? The reality is that an endangered listing under the Alberta Wildlife Act unfortunately does not provide the whitebark pine with actual legal protection. Instead the hope is that companies will act responsibly.

I am frustrated that whitebark pine is not getting the protection it so desperately needs. My hope with this article is that I inspire at least a few people to write to their MLA’s and voice their concerns regarding this coal mining project and others. Please join me in using your voice to protect those without one.

Kelsie Fleming recently received her BSc in ecology from the University of Alberta.