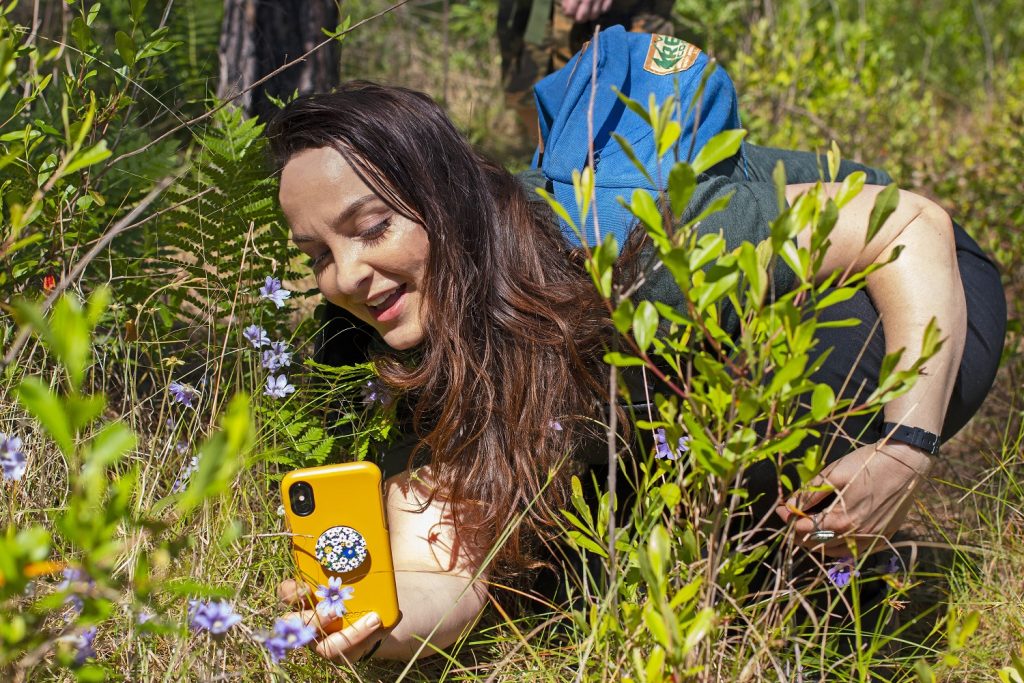 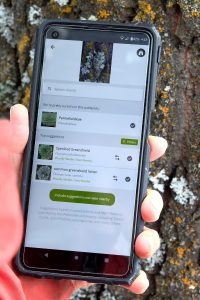 Over the past few years there has been an explosion of interest in citizen science, largely thanks to new smartphone apps linked to online databases. On eBird alone, there have been over 80 million checklists submitted to date, recording more than one billion bird observations.

To be clear, citizen science is not new. Observing and documenting animals and plants is something that naturalists have always done; it’s part of the job description. What’s new is the enormous increase in participants and the rapid, widespread sharing of information made possible by the Internet.

The new citizen science apps serve naturalists in a variety of ways. At the most basic level, they provide an efficient way of making and storing observations, largely replacing the handwritten checklists of the past. The quality of observations has also increased, through the inclusion of photographs, sound recordings, automatic time stamps, and GPS locations.

As the databases have grown, they have become increasingly useful to naturalists. The larger platforms provide excellent resources for learning about species, and their map products are valuable for trip planning. Some apps are also beginning to assist with species identification in the field, using image and sound recognition algorithms derived from citizen science databases (e.g., Seek and Merlin). These identification tools are still at an early stage of development, but even now they are a great help to novice naturalists.

Another important benefit of the new citizen science apps is that they provide a gateway for the entry of new individuals into the naturalist community. The apps are free and they are easy and fun to use. Younger people in particular — the critical next generation of naturalists — may well find that “capturing” wildlife on their phone is more compelling than capturing imaginary creatures on the Pokémon GO app. At least we can hope.

Last, but certainly not least, citizen science provides an opportunity for naturalists, both novice and experienced, to meaningfully contribute to science and the conservation of biodiversity. This is what it’s all about. As naturalists, we love to watch wildlife, but if we want wild species to remain viable we need to actively contribute to their conservation. Participating in citizen science is a great way to accomplish this, and in this article I will explain how to get involved and how to maximize the value of your efforts.

The aspirational goal of biodiversity conservation is to restore and maintain species and ecosystems as they would be in the absence of human disturbances. But in practice, conservation mainly entails finding an optimal balance among competing human objectives. For example, we want to restore caribou populations, but we also want to harvest trees to produce paper and extract oil to run our cars. Therefore, it is best to think of conservation as a form of decision-making concerned with how we interact with natural systems. The end result is a set of evolving rules and limits on what is allowed and where it can happen. The role of conservation science is to inform these decisions.

Science contributes to conservation decision-making in several ways. Biodiversity monitoring programs serve to identify problems and quantify the level of risk. This is how we know which species are in trouble and where the priorities lie. Other monitoring programs provide feedback on the effectiveness of management activities. Research programs provide insight into how natural systems work, including the causes of species declines. This provides the foundation for developing management actions and predicting likely responses — critical contributions to decision-making.

The big takeaway is that there is more to conservation science than observing nature. The true value of the data is realized when it is used to support management decisions. Unfortunately, the connection between research and its application to management is not always easy to achieve, even for well-structured studies. As we will see shortly, this is a key challenge for citizen science projects as well. 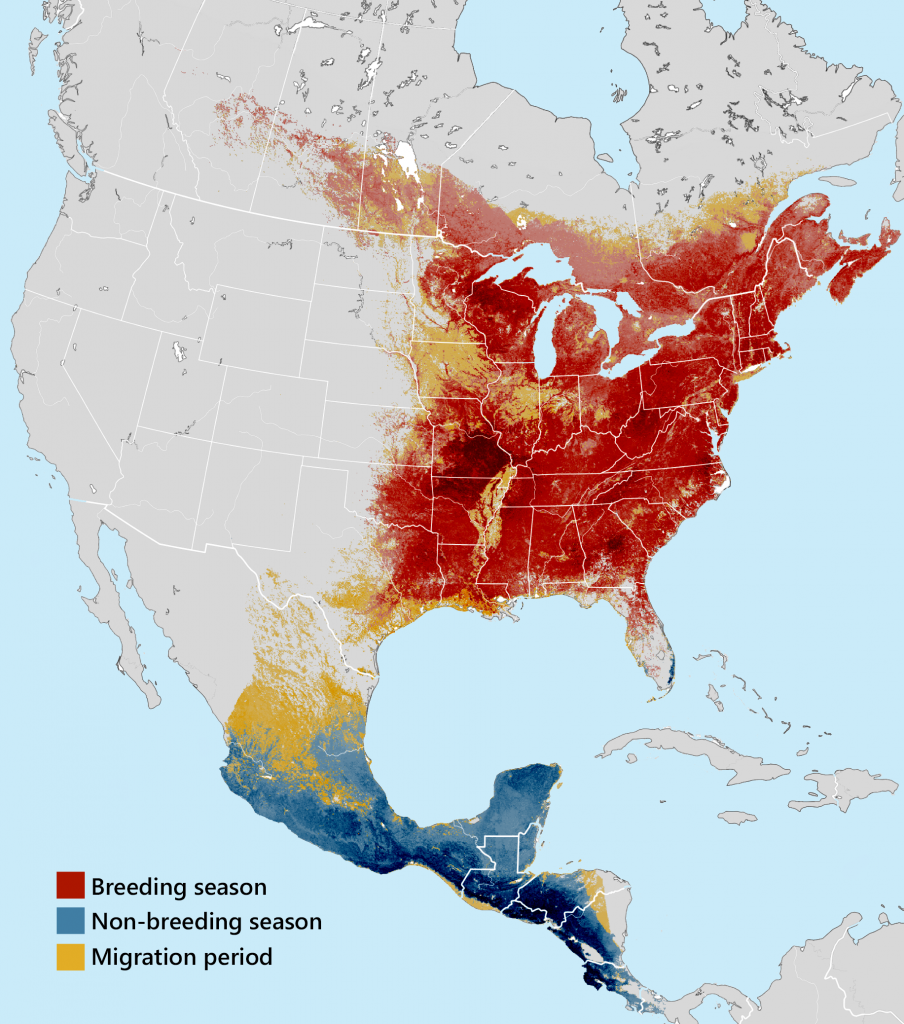 The Cornell Lab, which runs the eBird program, statistically analyzes eBird checklists to generate maps of bird abundance. Shown here is the abundance of ruby-throated hummingbirds over the course of the year (darker shades = higher abundance). These abundance maps can be downloaded for free from the eBird website.

The Contribution of Citizen Science

Citizen science is the practice of engaging the public in scientific projects that produce reliable information usable by scientists, decision-makers, and the public.1 In the field of conservation, most citizen science projects focus on broad-scale species monitoring. These projects provide information on species abundance, species distribution, migratory patterns, and the timing of natural processes such as flowering. Some projects focus on monitoring aquatic and terrestrial habitat quality. In addition, researchers and resource managers sometimes recruit volunteers to help collect data for specific research studies.

The core strength of citizen science is the large number of observers it engages. This complements the main weakness of conventional science, which is limited capacity. Scientists are very good at collecting high-quality data, but there just aren’t that many of them. Placing literally millions of additional observers in the field makes a tremendous difference in what can be achieved. Through citizen science, we can monitor across vast spatial scales and over extended time frames. We can also track rare species and species that are generally overlooked through conventional monitoring programs. Moreover, through the new phone apps, which provide photographs, sound recordings, GPS locations, and time stamps, the value of citizen observations has been greatly enhanced.

Citizen science projects come in two main forms: structured and unstructured. Structured projects are established for a defined purpose. Typically, the organization or individual that initiates the project also leads the analysis of the data and the application of the findings. Structured projects are characterized by well-defined protocols that observers must follow. These protocols define what is to be studied as well as standardized methods for making observations.

Unstructured projects are more open-ended. Generally, the intent is to build a database of observations without explicitly defining what the data will be used for. Projects may impose some requirements on observers, such as requiring a photograph or limiting which species are to be included. But participants are otherwise free to make observations whenever and wherever they please. 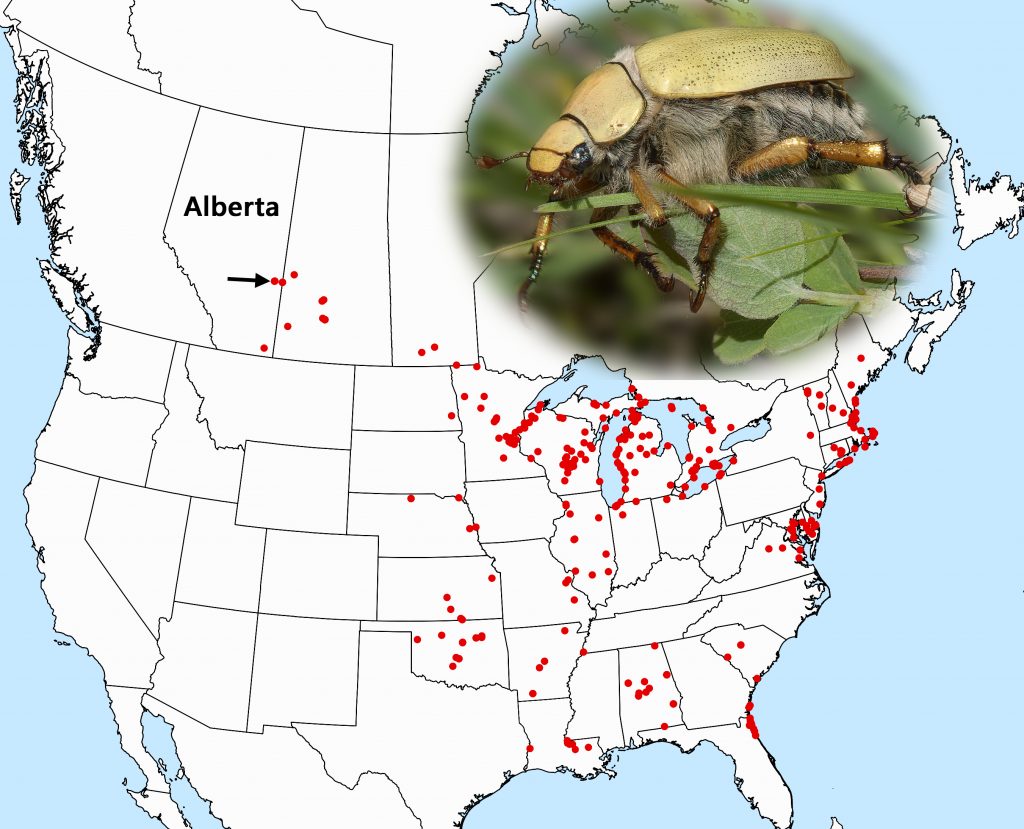 Last summer, my wife and I came across a very large, very hairy, blue-eyed beetle while hiking in the Wainwright Dunes Ecological Reserve. Through iNaturalist we learned that this unusual insect was a goldsmith beetle. Moreover, our observation helped to define the extreme northwest edge of the beetle's range (black arrow).

With the rising profile of citizen science in recent years, the number of projects has greatly increased. This can present a challenge for budding citizen scientists. How do you choose which project to participate in? Obviously, there has to be a good fit with your interests. If you have a passion for spiders then a project documenting lichens is probably not for you. Beyond that, if your intention is to maximize your contribution to conservation — which I hope it is — there are six main criteria to consider:2

Well-designed structured projects tend to score highly on these criteria. The Breeding Bird Survey provides a good example. Each spring, volunteers count birds along a series of fixed survey routes using a standardized observation protocol. The Canadian Wildlife Service, which oversees the program in Canada, analyzes the data and generates regular reports on the state of birds in Canada, which wildlife managers rely on. No better dataset exists for tracking changes in bird abundance over time. 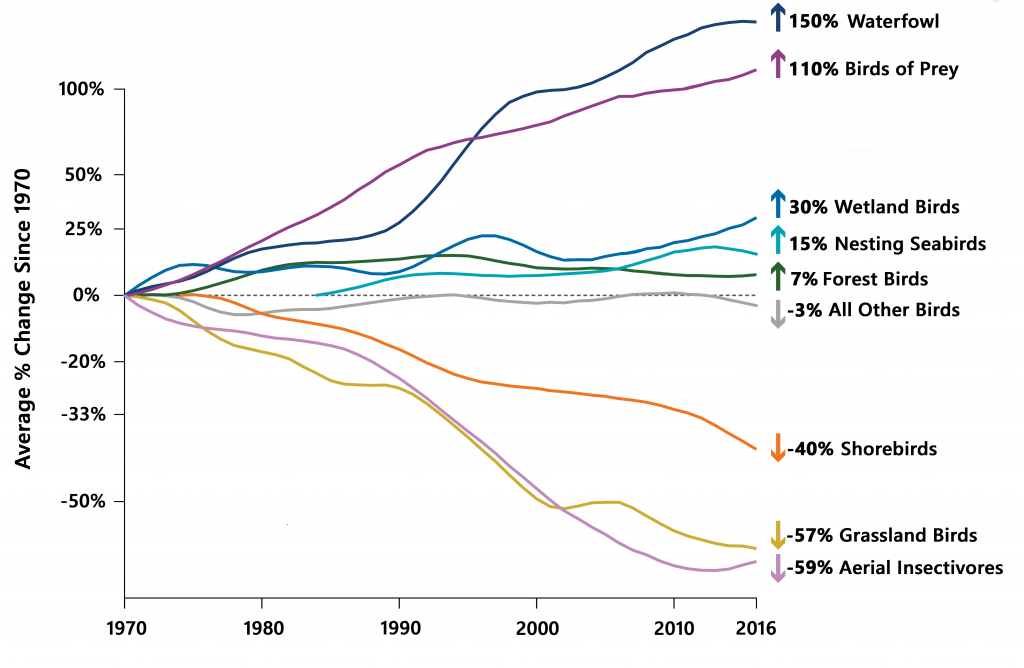 The Breeding Bird Survey is a citizen science program that has been generating high-quality data on bird abundance since 1970. This information has been vital for determining how different groups of birds have fared over time, as shown in this graph from the 2019 State of Canada's Birds report. 3

Some of the larger unstructured projects, such as iNaturalist and eBird, also score highly, despite the opportunistic nature of the observations. In this case, size is a key factor — both projects are global in scope and each has millions of participants. Never in the history of science has so much information been collected about so many species. The large number of observations permits meaningful insights to be made, despite biases and variability among observers.

Because iNaturalist observations are unstructured, the database is not well suited for monitoring trends. But it excels at describing species distributions, especially of uncommon species and invasive species, which are difficult to monitor using conventional methods. In the case of eBird, the checklist approach permits the estimation of both distribution and abundance. Furthermore, because observations are submitted all year long, the data are useful for studying migratory patterns. Given their large size, both projects have attracted the attention of researchers and wildlife managers, who increasingly look to these databases to inform their work.

Despite the inherent benefits of large projects, the value of small, local projects should not be discounted. A small project may have very high conservation value if it is focused on gathering data for a specific local application. In other words, purpose and application are overriding factors.

Tips for Maximizing the Value of Your Observations

Besides selecting projects with high conservation value, there are several other things you can do to maximize the value of your citizen science efforts. To begin, you can work on improving the quality of your observations. For example, if you are using eBird, make an effort to improve your bird identification skills and be sure to submit complete checklists rather than just casual observations. Incomplete checklists are generally excluded from the statistical analysis of eBird data. If you are submitting photos to iNaturalist, make sure your pictures are of good quality and capture the elements that are needed for species identification (e.g., both leaves and flowers). Remember, individual observations can include multiple photographs from different angles.

It’s also useful to travel off the beaten path when making observations. Citizen science contributions tend to cluster around urban centres, leaving data gaps in more remote areas. Your observations will be more valuable if they serve to fill these spatial gaps. Similarly, when using iNaturalist it is helpful to emphasize uncommon and invasive species, since they are most in need of monitoring.

Lastly, try to move up the citizen science “ladder” as you become more experienced. For example, once your bird identification skills have improved using eBird, you might consider taking on a Breeding Bird Survey route. There is always a need for new survey volunteers, and the contribution to bird conservation is very high with this program. You can also look for opportunities to become a “citizen steward” by supporting the conservation of a favourite natural area, or advocating for nature by writing or phoning decision-makers about key conservation issues.

You can learn more about citizen science opportunities in Alberta on Nature Alberta’s website: naturealberta.ca/citizen-science. The citizen science section of the website has recently been expanded and it contains loads of useful information on how to get engaged and how to make your observations count.

Richard Schneider is a conservation biologist with over 30 years of experience working at the interface between science and policy. He currently serves as the Executive Director of Nature Alberta, which he considers to be his retirement project.