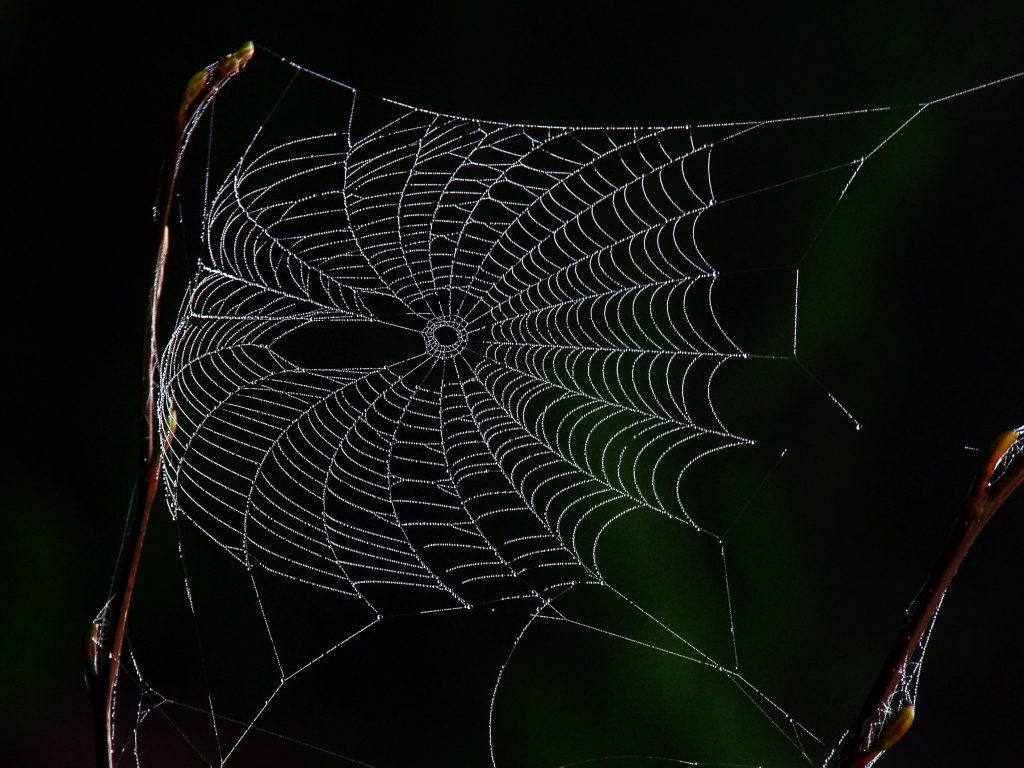 This is the perfect question to ask our expert friend John Acorn, a Naturalist at the University of Alberta. John Acorn said:

Baby web-building spiders are born almost knowing how to build a web, but not quite. For babies of many species, the first days of life are spent with brothers and sisters, in a messy, shared web, which may be part of their mother's larger web. At this stage, the “spiderlings” are too small to build webs of their own, or to catch prey. Instead, they feed on pollen, which they find stuck to the threads of their communal web. But soon, after they have shed their skin one or two times and grown a bit, the baby spiders are ready to build a web just like their parents’, only smaller. They don't have to learn how — they just know. Babies of some spider species build round “orb” webs, others build tangled or funnel-shaped webs, and others don't build webs at all. Spiders such as wolf spiders and jumping spiders never build webs, and pursue their prey on foot instead.