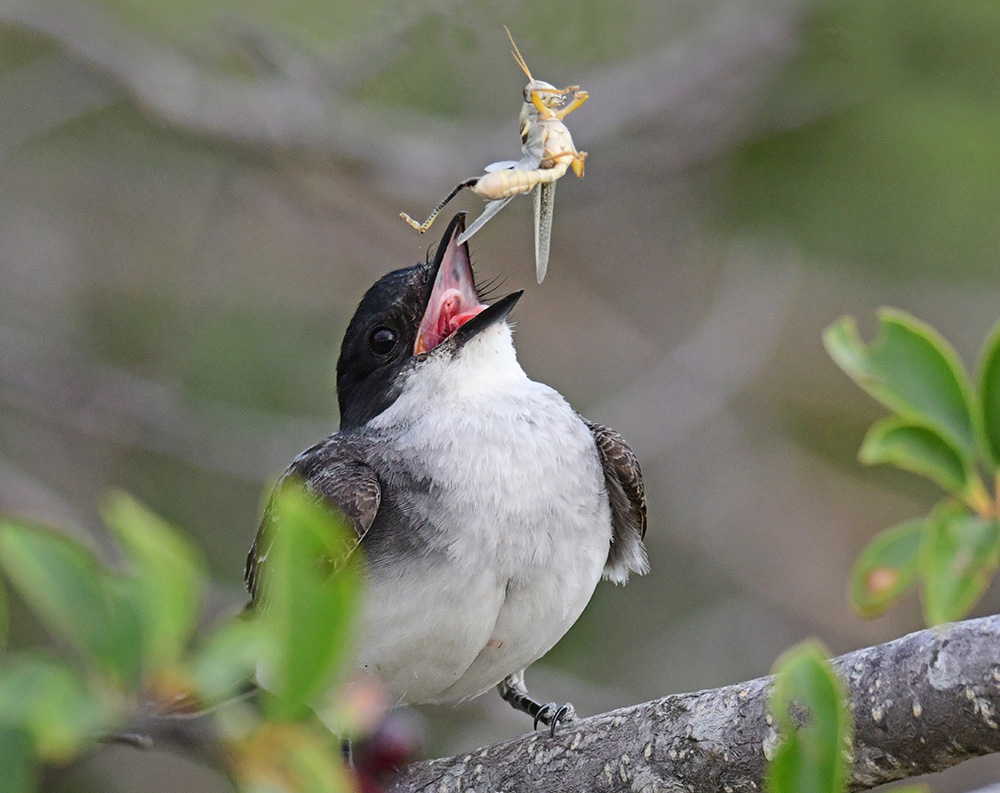 Last August, while enjoying an evening walk in the Great Sandhills east of Leader, Saskatchewan, I had an unexpected encounter with an eastern kingbird. It flew in surprisingly close, a big, juicy two-striped grasshopper in its beak. I watched as it bashed the hapless hopper against a horizontal branch, then tossed it into the air, caught it at a different angle and bashed it again. It repeated this process three times before gobbling it down. It then sat for a few moments in apparent contentment before flying off.

This encounter was one of many I’ve had with eastern kingbirds. Common across most of Alberta, these highly visible birds are readily identifiable by their black plumage, conspicuous white tail tip, and distinctive shallow, rowing wingbeat flight pattern. Regularly seen perched on barbed wire, fenceposts, and treetops, they wait — in classic flycatcher style — on a perch for an insect to fly by, then sally out to snatch it in mid-air. They supplement their insect diet with fruit, especially in late summer.

Eastern kingbirds belong to a group of birds known as the tyrant flycatchers, and the Latin name of this species, Tyrannus tyrannus, reflects their pugnacious nature. They are extremely aggressive toward each other, with territorial disputes often including dramatic aerial combat. They are also aggressive toward other species, especially crows and other nest predators. Apparently, they will also attack humans if their nests are threatened, but I have never been subjected to any aggression, even when (quickly and quietly) observing their nests and young.

Although eastern kingbirds will nest in a variety of locations and have been known to use artificial nesting structures, it has been my observation that they prefer to build their dishevelled yet sturdy nests over water.  The female constructs the nest, which can take up to two weeks to complete. She lays two to five red-splotched white eggs, which she incubates for 14–17 days. The nestlings, which hatch with orange skin covered in white fuzz, grow quickly and fledge at about 16–17 days. Both adults feed the young. Interestingly, genetic research confirms that kingbirds not only mate outside the pair bond, but they sometimes parasitize each other’s nests.

While watching one eastern kingbird nest near Delburne a few years ago, I was able to observe and photograph the parents tending the nest. There was more than feeding going on. I also observed that the parents would wait for the young to defecate, whereupon they would either eat the fecal sac or carry it away from the nest.

Eastern kingbird fledglings stay dependent on their parents for about three to five weeks, which is thought to be one reason why the species is only single-brooded (laying a single clutch during a breeding season). They remain together as a family group until the young are fully independent.

Eastern kingbirds overwinter in South America, primarily in the western Amazon, where they forage together in flocks along riparian areas. Fruit is eaten during fall migration and makes up most of their diet on the wintering grounds.

The next time you’re out hiking, travelling the backroads, or canoeing, keep your eyes peeled for these wild neighbours. It’s worth taking the time to observe and appreciate their striking beauty, spirited behaviour, and saucy attitude. Enjoy the show!

Myrna Pearman is a naturalist, writer, photographer, and recently retired as the Biologist and Site Services Manager at Ellis Bird Farm. She can be reached at myrna@myrnapearman.com 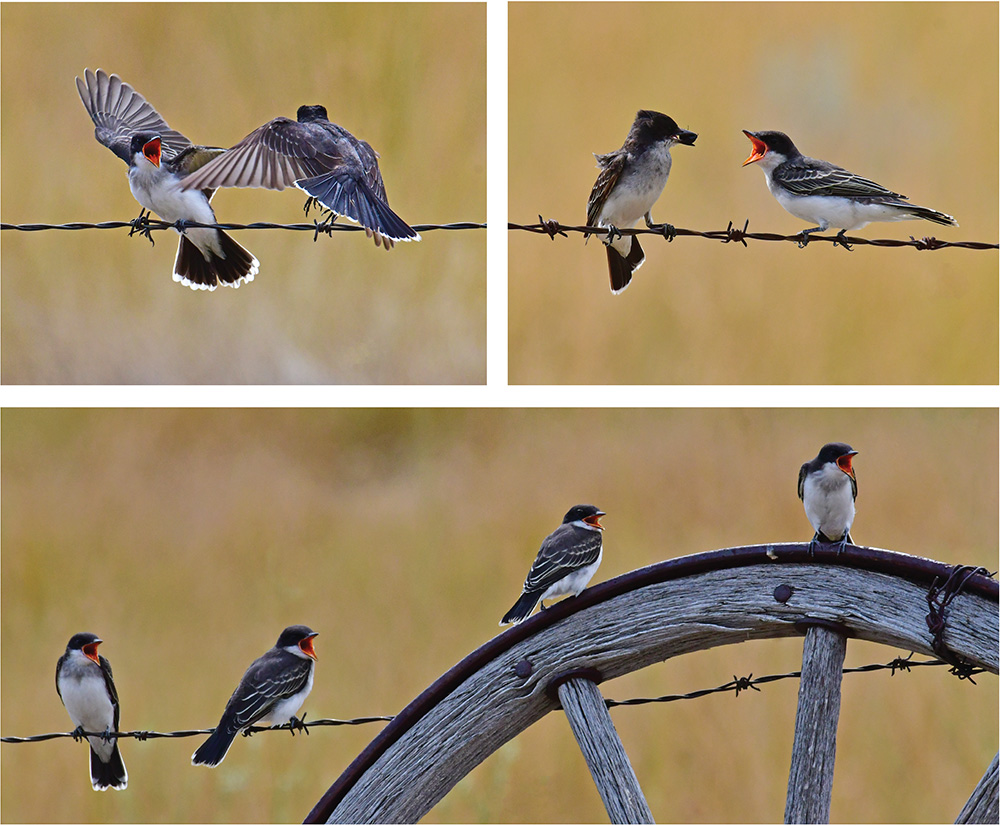